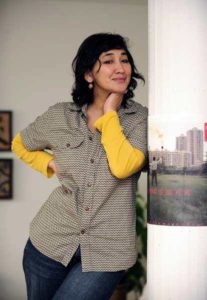 I was born in Istanbul in 1961 and I am currently living in Zurich.

Due to the political pressure of the Chinese government upon the Turk people in East Turkestan (Uyghur Autonomous Region), my parents fled to Istanbul, where they settled as Kazakh refugees. They transmitted us the rich oral and musical traditions of the highlands of Central Asia. With the tales of their far away country and their journey to Turkey, the elderly people of the Kasakh community influenced my imagination as musician until nowadays.

I’v always been impressed by kazakh and turkish music. I’m deeply moved by its humanity, its archaic power and its melancholy.

As a child, living in Istanbul near the Marmara Sea, I wanted to be a hodscha, a Koran teacher. I was fascinated by the Arabic language and the melodious texts of the Koran which gave me the first opportunity to deliberately improvise without paying attention to sense and correctness.

I was 20 years old when I left Istanbul to join my sister in Switzerland. There I experienced an exciting new world of music: free jazz, improvisation and a refreshing openness towards experimentation which parallelled my unbiased approach of the musical traditions of my origins.

In my improvisations as well as performances of Kazakh and Turkish songs I am looking to transform memory. I seek to evoke pictures and atmosphere by means of voice and music which transcend cultural boundaries. Memory is everywhere and every time the same – not changeable – but the expression is different: Individual perception develops a universal impression of the cultural life.